About Us
Home » About Us

Downey Energy: More Than a Century of Service 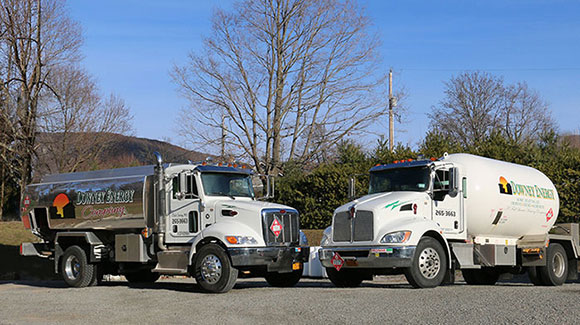 There aren’t a whole lot of businesses that have been around since Woodrow Wilson was in the White House. But Downey Energy has!

Over the years, we’ve gone from Model T’s to fully equipped service vans and delivery trucks. Our services have evolved and grown to include propane, the fuel of the future here in the Hudson Valley.

And over those years, ever since Jeremiah V. Downey began the business, in 1917, Downey Energy has stayed in the family. We’re on our fifth generation of Downey leadership with Cary J. Downey, who worked his way up from delivery driver to president. In that time, he expanded the business to propane delivery and service.

With such deep roots, we are committed to maintaining the high standards of quality and service that have kept us in business and given us customers who have been with us for decades.

Jeremiah R. Downey, son of Jeremiah V. Downey, joins the business as a partner. He continued to work with the Company until 1980 – a total of 52 years!

Downey installs the first oil burner on Lewis Lane in nearby Garrison, NY. Joseph Landolfi joins Downey. Mr. Landolfi would be part of the Downey team until his retirement in 1974, giving him a total of 44 years of service with the Company – all of them working with Jeremiah R. Downey.

Jeremiah R. Downey’s son joins the firm, staying until 1950 when he took employment at the U.S. Military Academy.

Downey moves from Chestnut Street to its current location on Route 9D in Cold Spring. 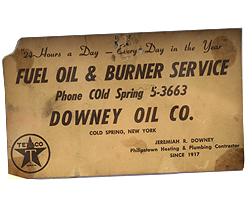 Lawrence M. Downey Jr. joins the Company and stays until 1989, when he starts a plumbing supply business in Poughkeepsie. NY.

Cary J. Downey joins the Company as a delivery driver. He currently serves as President. 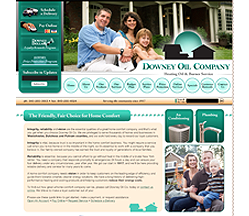 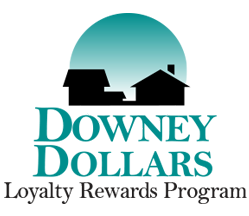 Downey Energy introduces its new newsletter, The Talk Downtown, along with a new Referral Rewards program and a mobile-friendly website, DowneyEnergyNy.com. 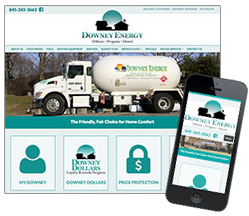 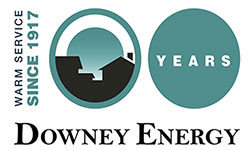